It was a sultry sunny day in 2009 as Ed Girrbach and his son Chris pulled their Dodge pick-up truck in line with four 53 foot semi-tractor trailers waiting to load up with a fresh harvest of Michigan potatoes. In the bed of the pickup was a well-used 4 by 4 foot wooden crate that would hold 1,500 pounds of potatoes - enough for about 600 bags of chips. After loading, Ed and Chris would drive the 110 miles back to their small plant just outside of Traverse City and begin turning these quality potatoes into hand crafted kettle chips for their new company, Great Lakes Potato Chips.

In 2009, Chris was the owner/operator of a popular restaurant in downtown Traverse City and Ed had recently retired. The idea to make potato chips morphed out of a casual brainstorming session to explore broader opportunities in the retail food market. Potato chips - one of Ed’s favorite food groups - came up. Just for kicks, they took a look at the possibility of making chips and ultimately stumbled on a niche they believed needed filling. Great Lakes Potato Chips was born.

Like most small businesses, sales began with support from the local retailers, but grew quickly throughout the state as Ed and Chris worked the trade show circuit. This exposed their chips to buyers big and small around the Great Lakes Region. During the business’s second year, a 16 foot box truck replaced the pickup and a second refurbished kettle fryer was added to help meet a rapidly growing demand. At this point in time, the company was producing three flavors of kettle chips; Original Sea Salt, Barbeque and Sea Salt and Vinegar.

During the following year, a fourth flavor was added (Salt, Pepper & Onion), a larger delivery truck joined the fleet and a new Tortilla Chip was introduced. Still, demand continued to grow.

The company’s fourth year saw a major expansion of the production facilities. A third fryer was added - twice the size of the other two - and a second high speed bagging line was put into operation. Production capacity tripled and employee count was now at 13.

In 2017, the company grew to over 25 full time employees processing over 100,000 pounds of potatoes per week. Seventeen Distributors supplied a growing list of customers in six states surrounding the Great Lakes as well as Texas, Tennessee, Florida and Canada.

A 1.5 million dollar equipment expansion was added in 2018. This expansion more than doubled production capacity. Additional distribution and sales support were added to the Chicago and Milwaukee markets, and production moved to over 30 million ounces of chips per year.

The company products now include eight permanent flavors of kettle cooked potato chips, and a few seasonal potato chip flavors that are featured from time to time.

The Great lakes Potato Chip brand promise is, “A Great Tasting Chip in Every Bag Every Time.” Their products keep it simple and natural, allowing for their customers to “Snack Happy” with quality products including gluten free offerings.

Great Lakes Potato Chips was named one of the top 50 Michigan companies to watch in 2014 and was voted the #1 Kettle Chip in the Country by the Chicago Tribune newspaper in 2015. They were the recipient of two Gold Ribbon awards for best Kettle Chip and best Tortilla Chip at the 2016 Saratoga Springs NY National Chip Festival. Great Lakes Potato Chips was also awarded the 1st place Growth Award at the Crain’s Business 2016 Annual Food Summit in Detroit Michigan. In 2018, they were named one of the country’s top 2500 small growth business by INC. Magazine. 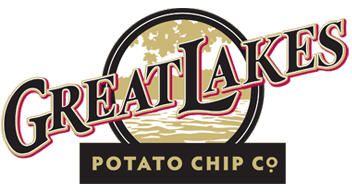