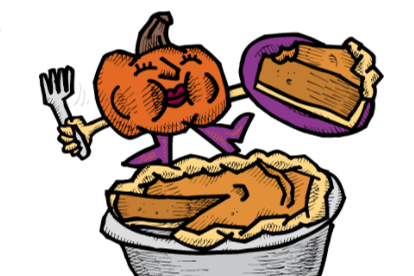 Pumpkin was a native North American squash that was widely eaten by native Americans long before Europeans arrived. Pumpkin pie really was on the menu at the Pilgrims' second Thanksgiving in 1623. Hundreds of years later it's still on the menu in most homes. Now that's staying power. Creamy pumpkin filling spiced with Indonesian cinnamon, ginger, clove, Michigan honey and made as rich as a person could stand with the addition of cream from Guernsey dairy, a family-owned Michigan dairy.