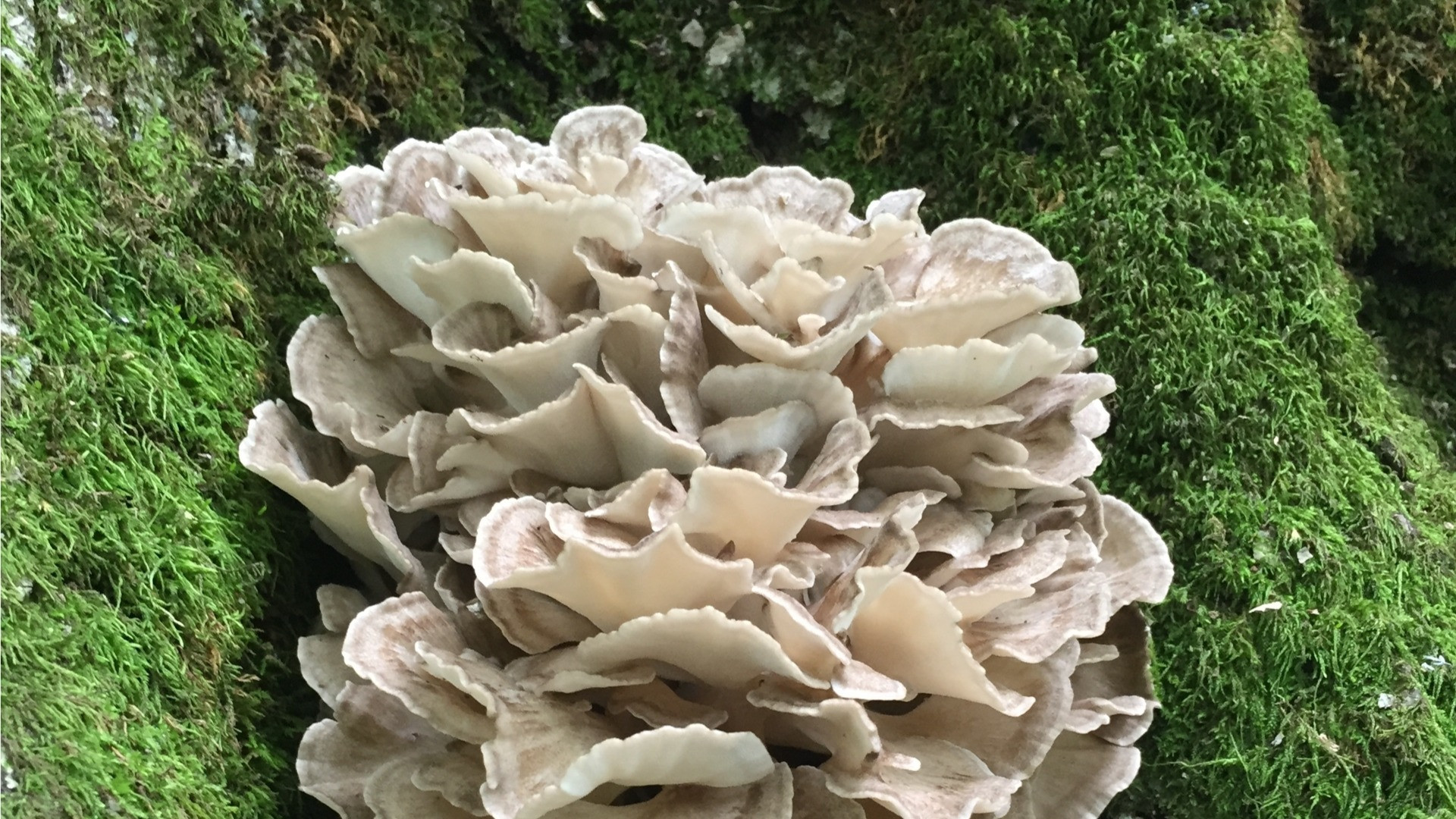 Organic Hen of the Woods Mushroom

Hen of the woods mushrooms (Grifola frondosa) is an edible mushroom that grows at the base of trees. It’s light brown and grows in feathery clusters, hence the name. It’s also known as the maitake mushroom. Hen of the woods is native to North America, Europe and China. It’s been consumed for centuries in China and Japan; in fact, maitake means “dancing mushroom” in Japanese.

They have a strong savory, earthy flavor with a peppery finish. They are best served cooked.
Return To Top