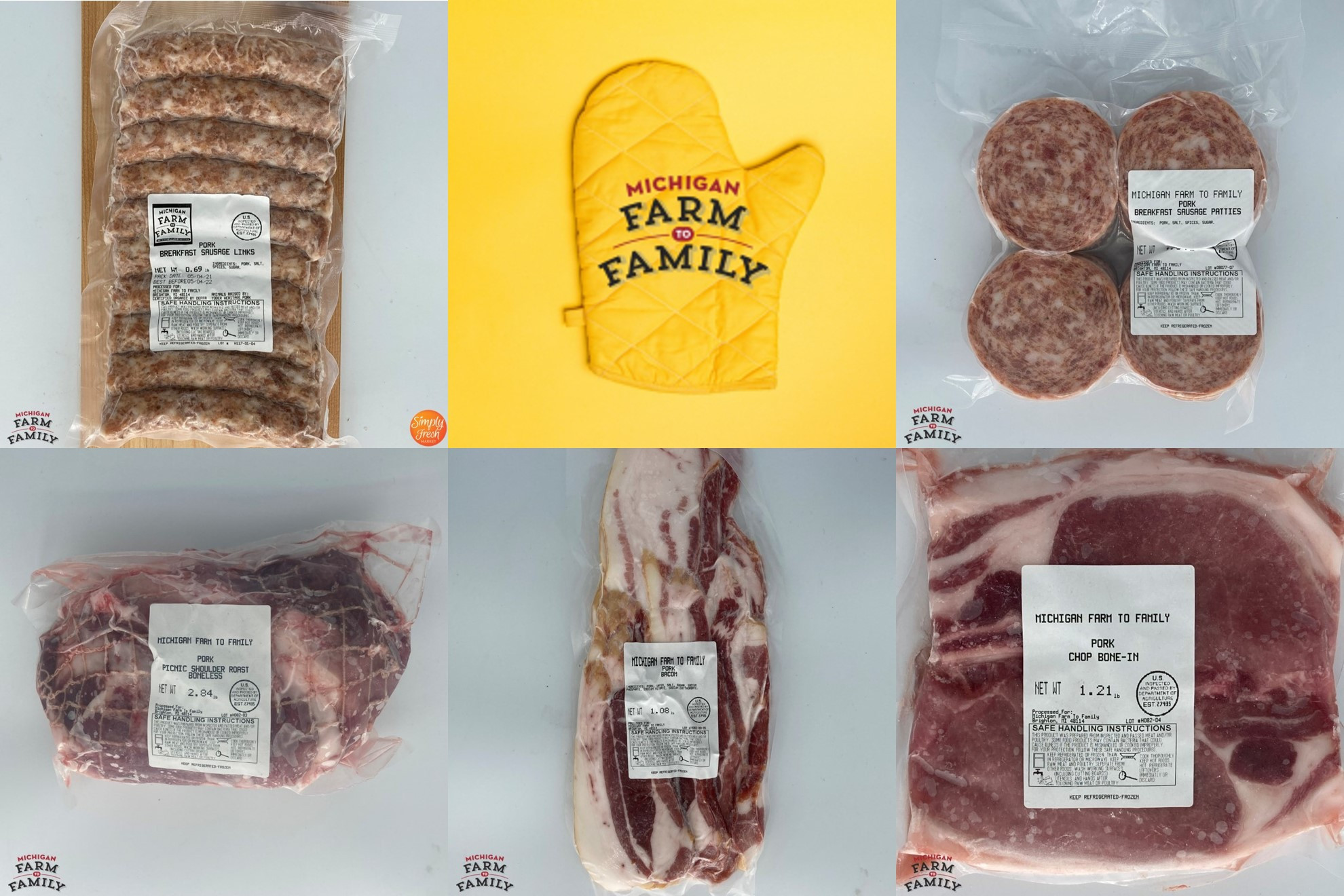 Become a "Friend of the Farm" member to unlock access to the exclusive price of $75 for this bundle - normally a $100 value! If you are a brand new member, membership discounts will be applied retroactively to your current order.

This month's special is a bundle of locally-raised pork from Hehlden Farms - a newcomer to Michigan Farm to Family. Each bundle contains:

Jacob Hehl was born in Prussia, Germany in 1865. When he was 4, he came to Michigan with his family- his parents and one sister. In September of 1893 he married Katie Zimmer and they bought three forty-acre parcels of land which are still being farmed to this day.

Jacob and Katie raised nine children and milked dairy cows on their farm. Two of their children, bachelor sons Chris and Carl, were the next to farm the land. They milked registered Holstein cows and raised registered Berkshire hogs. At the time, Hehlden Farm was one of the only Grade A dairies in the entire county.

Outside of the farm, Carl worked as a schoolteacher at the South Evergreen School, which is located less than a mile away from the farm and still exists today. Chris was an early Michigan State University agricultural program graduate. In addition to the dairy, the two brothers raised seed clover, watermelon, grapes, and grew pickles that they sold to a local cannery.

In 1962, Chris and Carl’s nephew- Jacob and Katie’s grandson- Douglas Hehl and his wife Beverly bought the farm. He built hog barns in the 1970’s and also raised field corn. Doug also worked as a Pioneer seed corn dealer for over twenty years. Doug and Bev raised their five children on the farm.

In 2000, Doug and Bev’s son Matthew Hehl and his wife Amy purchased the farm from Doug. They continued to farm, raising hogs as well as corn and soybeans and their three children at Hehlden Farm.

Not fully satisfied with commercial hogs, in 2010 Matt transitioned to raising Heritage Breed hogs for their superior meat quality and taste. He also started and rapidly expanded into the poultry business. Today, Matt and Amy also raise pastured chickens and turkeys that have access to fresh grass and open air each day. With an emphasis on animal welfare, taste, and quality- along with a non-GMO diet from grains grown on the farm, the pork and poultry that Hehlden Farm produces is truly a cut above the rest.

In 2018, Matt and Amy are happy to welcome the fifth generation to ensure the future of this family farm and carry on the Hehl tradition!