All of our Michigan grass fed and organic beef, as well as our eggs, have been tested and are glyphosate residue free!

We are pleased to offer you food that is not only from Michigan family farms, but that also has non-detectable levels of the herbicide glyphosate. We had our beef from both Egeler Family Farm, Zimba Farm, and Lossing Farms commercially tested for glyphosate, and we were happy to see the results showed that the beef is glyphosate residue free. In addition, we sent samples of our organic and Amish eggs from Green Field Farms and Sumrise Farms for the same type of test, and they were also confirmed to be glyphosate residue free. Glyphosate residue free food is something that is becoming increasingly popular, as awareness about the harmful effects of glyphosate grows.

Glyphosate is a chemical that is widely used all over the world as a weed killer, not only in large-scale agricultural operations, but also in many parks, lawns, and personal gardens. It is the active ingredient in the well-known herbicide Roundup. Food crops that are genetically modified organisims (GMOs) are made specifically so that when sprayed with Roundup all vegetation is killed except for the GMO food crop itself. So, unfortunately these crops are getting sprayed several times during cultivation. And, now we have discovered that most conventional corn and wheat crops are sprayed with glyphosate just before harvest. Glyphosate acts as a desiccant which dries out the crop and increases the yield. So, GMO food crops get a good dose of glyphosate just prior to harvest. That means we should do everything we can to avoid consuming non-organic wheat and corn.

Over the years, more and more glyphosate is being used around the world, and increasing amounts of it are showing up in our environment and food supply. Recent tests have shown that the chemical is present especially in processed foods made with genetically modified corn, soy, canola, and sugar beets. Essentially all conventionally grown grain-based foods such as corn and wheat, along with soy, oats, chickpeas, sugar beets, and many other conventionally grown crops have all been doused with glyphostate.

Growing Concern About the Effects of Glyphosate

Although there has been some concern about the health effects of glyphosate for a couple of decades, it is just recently that this issue is getting more widespread attention. A growing number of researchers are concluding that glyphosate contributes to many health problems, such as non-Hodgkin's lymphoma and other types of cancers, type 1 diabetes, Parkinson’s disease, Alzheimer’s, multiple sclerosis, kidney problems, ADHD, and depression, just to name a few.

Dr. Stephanie Seneff, a well-known researcher of glyphosate at MIT, sees a definite connection between glyphosate and our health. In a “Living Outside the Matrix” podcast with Nigel Howitt, Dr. Seneff goes into scientific detail about the ways in which glyphosate affects our bodies. This chemical disrupts many systems, including harming the beneficial bacteria in our guts, stopping our bodies from absorbing vitamins and minerals, and also causing problems with our immune systems. For more detailed information about how our bodies are affected, check out the podcast.

What We Can Do to Help

What can we do? As consumers, we have choices and the power to choose what we eat. For example, choosing meat and eggs that are glyphosate residue free. Also, according to Dr. Seneff, fermented foods, such as sauerkraut, apple cider vinegar, kimchi, and yogurt help replenish the beneficial gut microbes that glyphosate tends to destroy. Another way to cut down on the amount of glyphosate we are exposed to is to buy non-GMO and organic foods as much as possible.

Knowing where our food comes from and how it is grown is becoming increasingly important in this day and age. With meat, knowing how the animals were raised and what they were fed is also important. At Michigan Farm to Family, this has been our philosophy from the beginning. The benefits of being personally involved in our food supply are vast and have positive results for everyone involved, including the families eating the food, the farmers, the animals, and the planet. 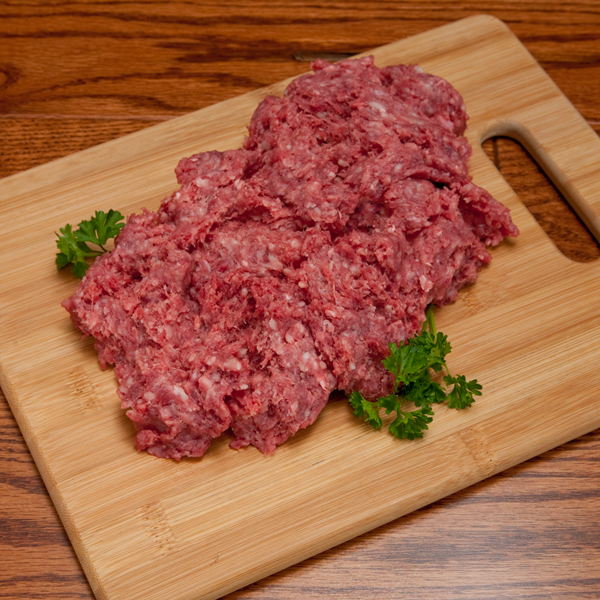