The Legend of the Howell Honey Melon

Once upon a time, a hobo passing through Howell gave a handful of seeds to a Howell greenhouse owner. They produced the perfect cantaloupe. And that’s how the Howell melon was born.

Or was it? It’s a great story but, apparently, a myth in the style of Johnny Appleseed. Getting to the true origin story of the delicious Howell melon takes a bit of digging. “There’s at least 50 versions of it out there,” says Joyce Fisher, a volunteer in the Howell Archive at the Howell Carnegie District Library.

Version one of the story can be found on the Internet: August (Gus) Schmitt got seeds from an itinerant during the Great Depression. He grew them, loved the taste and the rest is history.

Version two comes from the archive, which contains newspaper clippings dating back to the founding fathers of the Howell melon industry. It goes like this: Schmitt tasted a great melon in a local inn that was owned by a man named Richardson, whose brother grew melons in Ohio. Richardson gave Schmitt the seeds. In 1925,

Schmitt started them in his greenhouse, then enlisted a group of local farmers to plant them out: Harry and Howard Dankers, Willard Wiltse and Frank Knight. The melons were eventually branded as the Howell Honey Sweet.

“Supposedly they all got together and developed a melon,” says CJ Turner, a grower whose farm neighbors the Knight farm. “The Chamber of Commerce gave out stickers to their growers to protect them.” As for the melon itself, “There is no catalogue that has Howell Melon seeds. There is really no way of authenticating except to come out to my field and see them.”

The famous melon is a muskmelon variety of cantaloupe known for its giant size and sweet, juicy flesh. “They’re not round; they’re more of an oval shape and they’re pretty large, five to six pounds,”

Turner says. When buying, “You look for good webbing. The thicker the webbing, the better the melon. That means it was grown properly.” It should also smell sweet.

Why Howell? Some say it’s the soil. “There was a group of people who figured out the soil here was perfect for growing these hybrid honey melons,” says Janie Willsmore of the Howell Area Chamber of Commerce and a longtime resident. Turner disagrees. “The genetics of the seed is what matters,” he says, plus proper cultivation and hot weather.

As for the specific variety he plants, Turner wouldn’t say. But the original strain is, apparently, long gone. In a 1986 letter to a newspaper, Willard Wiltse said a new hybrid had by then taken over because of its disease resistance and larger yield. “The growing of quality melons is not a miracle but a combination of labor, sweat and know-how,” he wrote.

Since 1960, Howell has held a Melon Festival founded by Dr. Louis (Pat) May, a local physician and grower. “Dr. May is the one who put the melon on the map,” Willsmore says.

Fermented Foods & How They Benefit Your Body 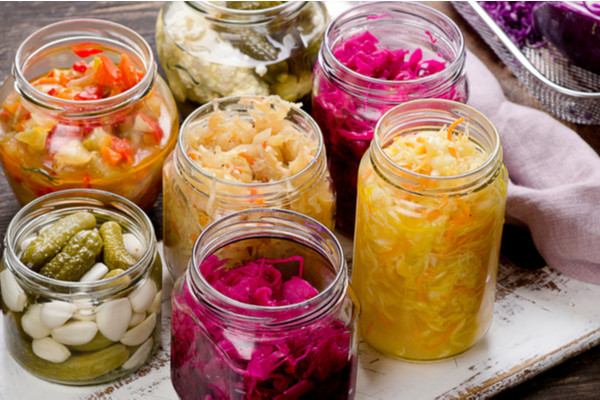